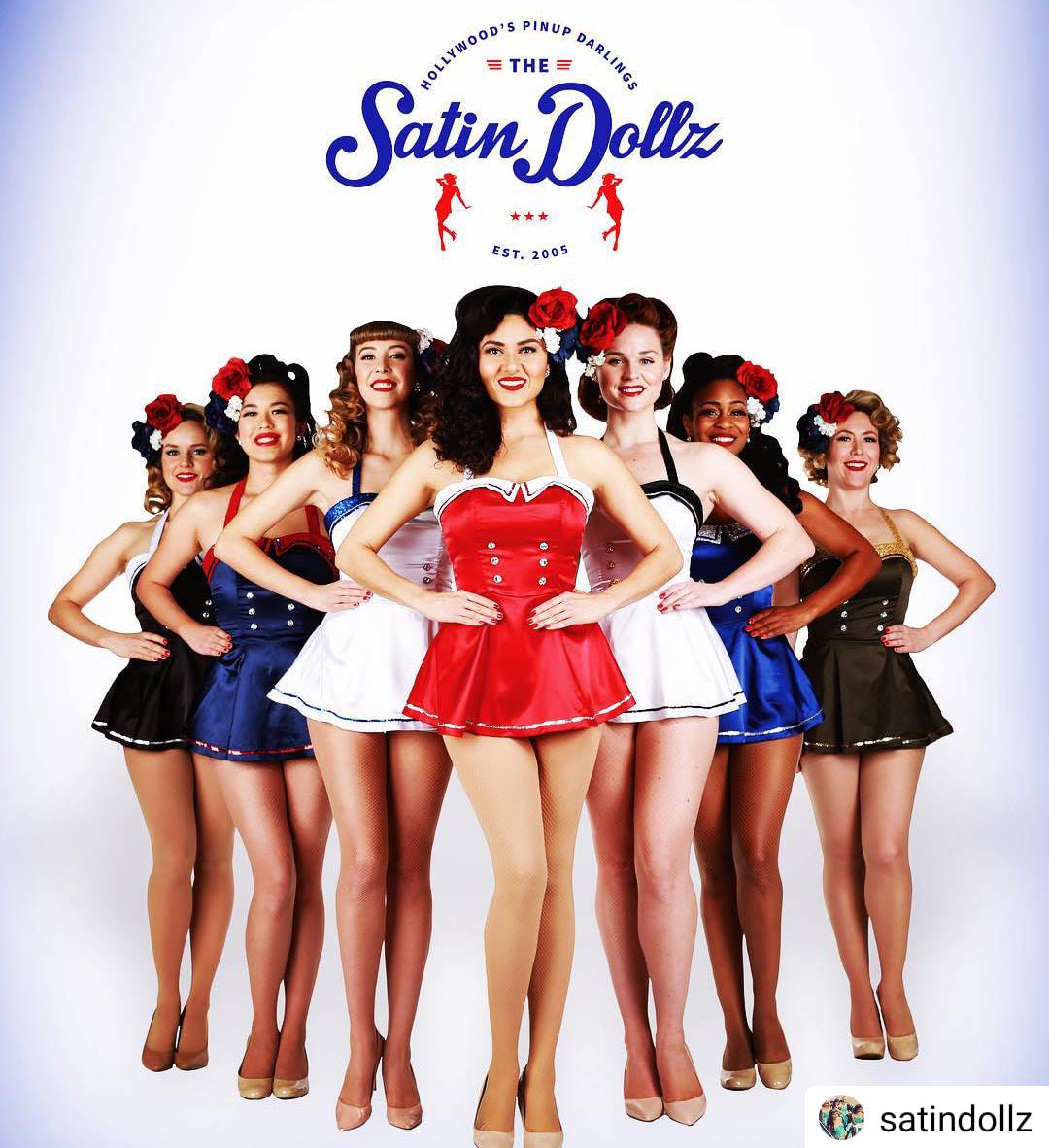 From all corners of the United States, the lovely Satin Dollz were brought together on one stage in 2005 to deliver top-notch entertainment reminiscent of the WWII USO Camp Shows. These pin up darlings, a stunning ensemble of singing, tap dancing, and downright charming ladies, have delighted audiences young and old, stateside and overseas, with their blended vocal harmonies, high energy tap dancing, sparkling charisma and stunning beauty wrapped up in a retro bow.

Originally formed in Hollywood, California, The Satin Dollz recently expanded their “pin up army” in 2016 across the pond, in both London and Paris, embarking on tours throughout the UK and rest of Europe. This international family of over 60 vintage talent powerhouses can be seen currently on the sold out “Party Like Gatsby” tour spanning 16 countries throughout Europe and North America in 2018-19, as well as on the “Big Beat Revue” UK tour with The Jive Aces in 22 theaters kicking off in the West End’s Aldwych Theater in London.

The Satin Dollz frequently sing on BBC Radio to its 20 million listeners and always enjoy entertaining veterans in the US as well as overseas.  Jazz residencies have included Los Angeles’ famous Cicada Club with Dean Mora’s Swing Orchestra, the historic Queen Mary in Long Beach, and at the Jazz Cave in St. Julien’s Bay on the island of Malta. Other notable appearances have included Battle of the Big Bands California Tour sharing the stage with 30 big band musicians, at the famed Swing 46 in New York with the George Gee 17 pc Orchestra, Edinburgh Fringe Festival, Royal Chelsea Flower Show and as return headliners for the ever popular bi-annual 1940s Ball in Denver, CO with the World Famous Glenn Miller Orchestra and for Los Angeles’ annual Fleet Week.