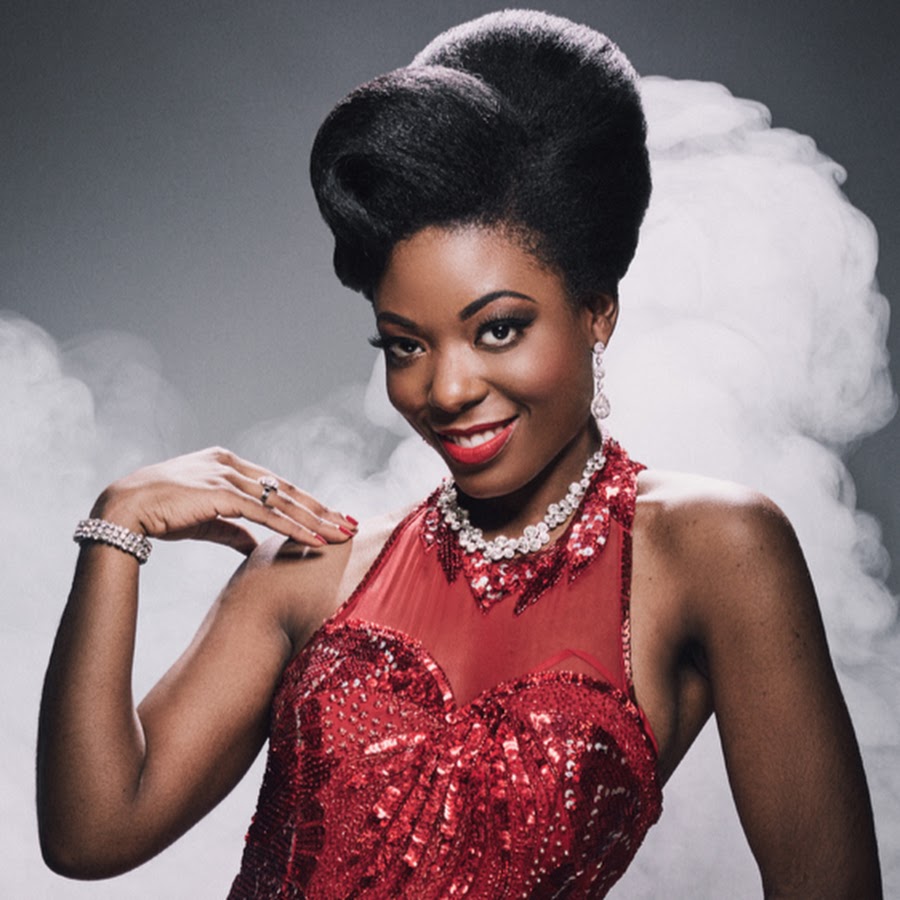 Imagine a woman with a powerful, soulful voice that nails the classic 40s, 50s and early 60s R&B and rock’n’roll sounds. Match that with a great stage presence accompanying a perfect visual adherence to mid-century vintage style.

“Sangin” from her heart and soul is what classic soul and vintage R&B singing Miss Tammi Savoy loves to do. Born and raised in St. Paul, Minnesota, Miss Tammi Savoy now calls Chicago, Illinois home. Although she has been singing since the age of 3 in her church choir, Tammi Savoy started singing professionally in 2014 and took the leap to follow her dreams and sing full time in 2018. Tammi performs her own Rockin’ Rhythm & Blues show: “The Tammi Show” around the world. She has also toured with several elite bands and continues to provide vocals for various tribute artists including many highly acclaimed Elvis Tribute Artists, and Bobby Wilson, son of the legendary Jackie Wilson. She has also performed her very own tribute to Diana Ross and is absolutely honored to be the 2019 Ameripolitan Music Award Rockabilly Female of the Year.

Tammi’s rich and resonant vocals are featured in her own Rockin’ Roots R&B show: The TAMMI SHOW performing Original 50s & 60s inspired Music, Early Roots Rhythm and Blues, Jump Blues, Rockabilly, Roots Jazz, Blues and Swing. It is Mid-Century Rockin’ R&B. Pure Rhythm and Roll. Tammi’s song choices pay special tribute to the Early Rockin’ Divas that did not get the recognition that they deserved back then for being contributors to the sound of Rock and Roll. With appearances at Viva Las Vegas, The Nashville Boogie, and The New England Shake-Up Tammi Savoy has performed in several festivals from blues and jazz to hot rod shows in the U.S. as well as internationally touring and welcomed by sold out shows. Tammi has toured and performed in Australia, Austria, France, Germany, Italy, Spain, Switzerland, and the U.K.

Tammi shines in Lance Lipinsky’s explosive, retrospective stage show, “Shake Baby Shake“, a musical biography of the golden age of Rock & Roll, performing the hits of the major artists of the 40’s, 50’s and 60’s.

You can also catch Tammi performing with The Lovettes in their own stage show, “Leaders of The Pack“, the retrospective biographical concert celebration of the major female artists from the golden years of mid century pop music from the 40’s, 50’s and 60’s. The Lovettes were featured and can be seen on TJ Lubinsky’s PBS Special: Doo Wop Generations.

Miss Tammi Savoy loves living the vintage life and you may have seen Tammi in various vintage and pinup modeling photos, publications and fashion runways. Tammi is well known for her vintage/retro/pinup style, makeup & beauty, and her fabulous hair, which is all natural and styled or influenced by vintage hairstyles. On social media, Tammi is also recognized as a positive spokesperson for numerous companies. She is particularly interested in vintage, retro, and pinup influenced: clothing, style & fashion, shoes, hair & skin beauty products, house & home, music & film, and other related aesthetics.

No comments to show.