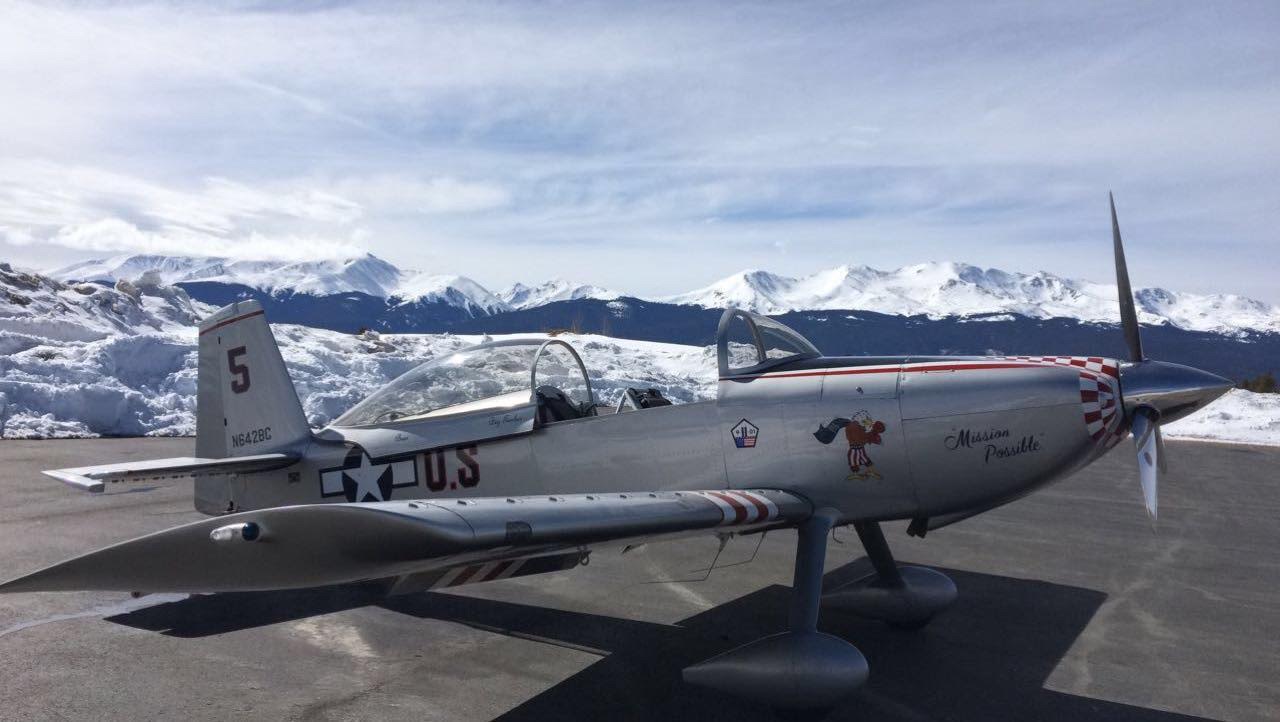 Frith, a former F-117 Stealth driver. Gary also owns AcesUP Aviation and teaches aerobatics to graduating Air Force Academy cadets before they head off to pilot training. Their airplane is a Vans RV-8 “experimental” aircraft that has two seats in tandem and is painted to resemble a WW2 fighter, although the fixed gear is probably more reminiscent of the 1930s era.  Its relatively small (38′ wing span), fast (200+ mph), fully aerobatic, and capable of 6g flight — ours is equipped with a smoke generator for aerial displays.  They often go out and fly in formation, dogfights, low level runs and other fun things they used to do when on active duty. The RV looks and flies a lot like an old WW2 fighter.